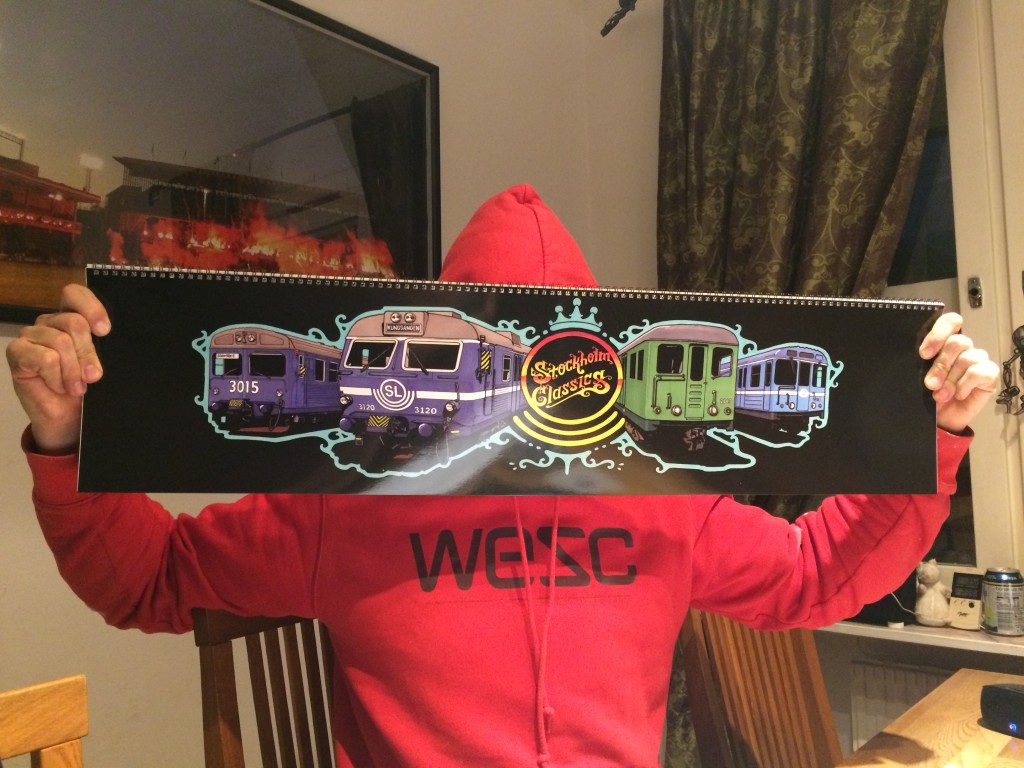 Release party for Stockholm Classics. The sketch book is a homage to the old public transportation trains of Stockholm.

Growing up in a suburb of Stockholm, you were automatically connected to the steel giants that ran to the city center and back. To us they became a playground; we were partying in them, surfing on them and writing on them, letting people know we existed in every way we could. We didn’t write on them because we hated them. It was the other way around. We did it to dress them up with what we considered art.

In 2017 the last of the X10 commuter trains will be taken out of traffic. The even older X1-model was put to rest a few years ago. This book is made to preserve the memory of these old trains so that they and the art on them will not be forgotten. The old blue C5/C14 subway cars are still in traffic on the Blue and Red line, but it’s just a matter of time before they are gone as well.